Man on Earth by Iakovos Volkov 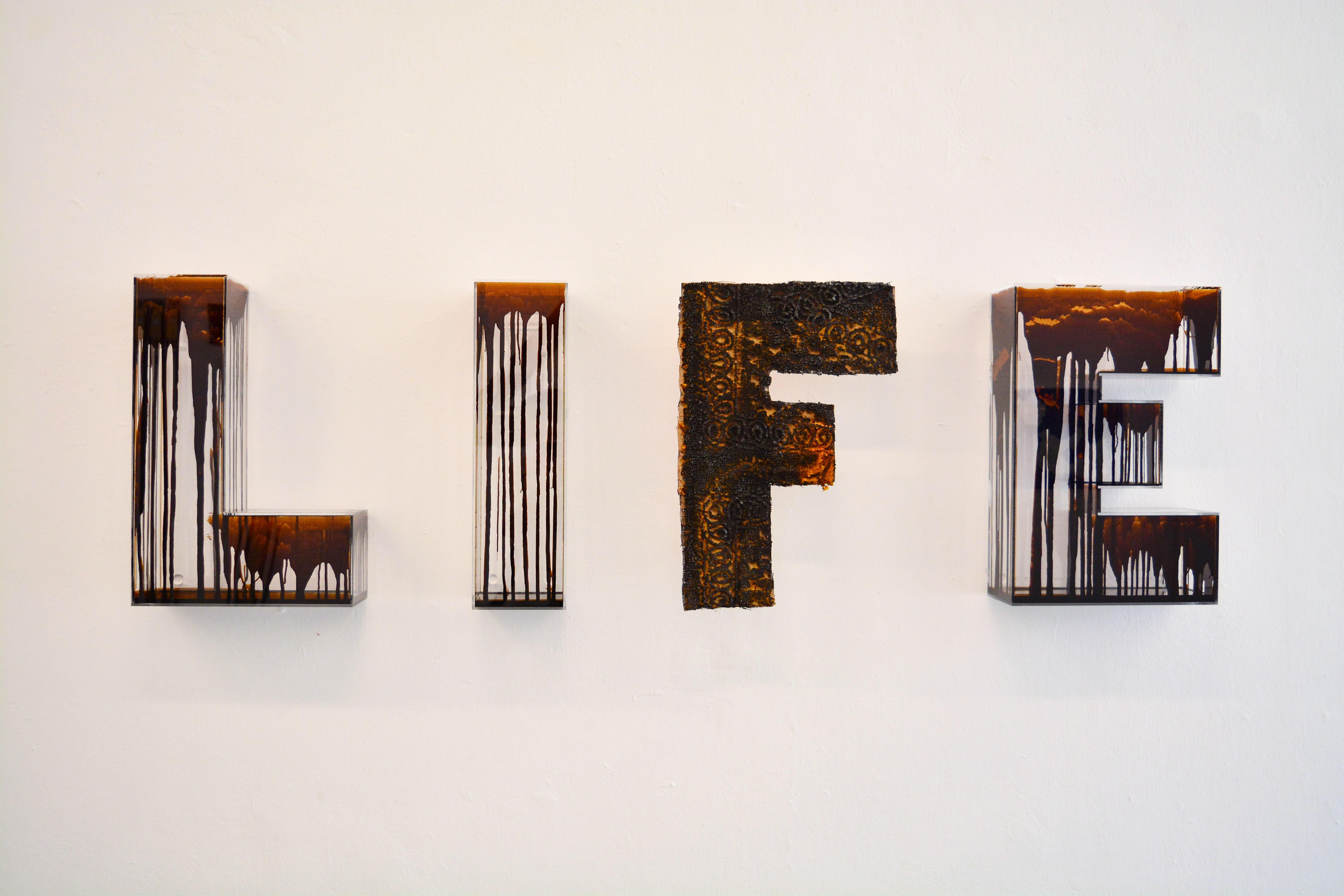 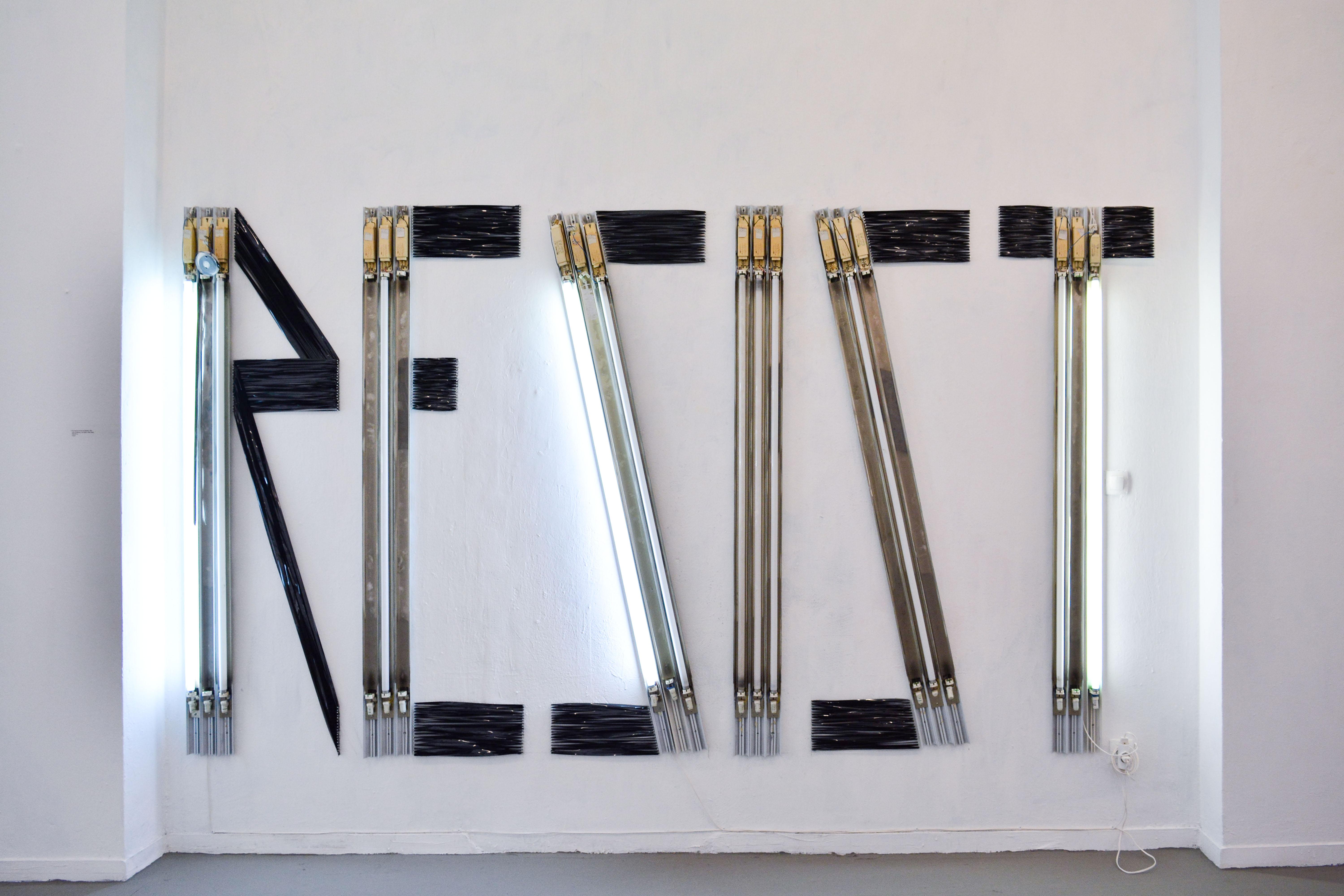 Alibi Gallery presents new works by Iakovos Volkov from  June 3 to September 5, 2021. The solo show ‘Man on Earth’ will be curated by Jordanis Theodoridis from widmertheodoridis, Zurich and includes framed objects, sculptures and installations.

The exhibition will open on Thursday, June 3, 2021, 7pm at Alibi Gallery – Sarri 12 in Psirri where both the artist and the curator will be present.

Iakovos Volkov’s practice has been rooted in Street Art and Arte Povera. Ever since 1967,when Arte Povera was established in Genova by renowned artists like Alighiero Boetti and Jannis Kounellis, this art movement has not lost its power and momentum. The aim was to lift iconographic conventions and the traditional symbolic language and to convert any simple object into art focusing especially on the poverty of the material and the poverty of the means. “Poor” materials are found in everyday life and waste and can be earth, stones, plants, felt, glass splinters and such. To make revolutionary art, free of any conventions was the goal. The Arte Povera movement was seeking to expand the spheres of sensuality and to enhance the traces of nature and industry.

For his works Iakovos Volkov has been utilising found and thrown away materials. Piles of T-shirts have been collected, empty spray cans gathered and cuddly toys saved from the waste. Everything that man doesn’t need any more, finds in Iakovos Volkov’s work a new life. In derelict spaces he creates stunning installations made from various materials which he then photographs. For ‘Man on Earth’ he started an extensive search for plastic bags, which he will include in a new body of work.

Oceans are choking in plastic. Marine animals and birds are perishing in

garbage. Men are fighting with the negative side effects of this flood of rubbish and every minute a truckload is dumped into the sea. Furthermore there is an increasing waste disposal of substances such as, mineral oil and chemicals that are threatening human’s health. Despite the fact that 71% of the planet is covered by water, the oceans cannot absorb all the waste of mankind. On the interactive map ‘Sailing Seas of Plastic’ only a few areas seem to have a low pollution load. There is an estimated amount of 247 trillion pieces of plastic, swimming in the Mediterranean sea only.

The ditched plastic bags are the foundation of Iakovos Volkov’s newest works. His maps of the Earth, Greece and Santorini Island are radiating in such an intensive blue (for the ocean) and white or striking colours (for the land mass) one might think the world was still in order. The innocent looking teddy bears in blue and pink that Iakovos Volkov has assembled to totem poles cannot alone stop the plague - the devastation has proceeded too far. Totem poles were meant to present the mystic relationship between men and a specific natural phenomenon or their surrounding environment, such as rain, thunder, flood, animals, plants, mountains or waters.

In some of the ‘Man on Earth’ pieces, the artist has substituted the blue color of the oceans with black as a warning for the future.